My Stateside Journey to Peace Corps

Getting nearer to my departure date for a Peace Corps assignment has me reflecting on everything I’ve done this past year to make it possible. Over a year ago I began to make an ambitious plan for how I would spend my time leading up to service. I say ambitious because in order to make sure everything worked according to plan, I had to make one major assumption- that I would actually be invited to serve.

A major component of this strategy had to involve honesty and openness about my goals with my employer. As a matter of fact, I was so honest that I asked my supervisor to be one of my references on the application, who willingly helped me out. I could then be forthcoming about the status of my application, and the door was opened to discuss timing of my pending resignation. Talk about a weight being lifted off of my back.

When I applied in February of 2014, the complete process- starting with the application and ending with a departure- took about 12-14 months. Knowing this, I was able to confidently tell my employer that it would be later in the year until I would be leaving my job. As I completed each stage of my application, I periodically gave updates to my coworkers on my likelihood of being accepted and when and where I would be going.

I also had to be very deliberate about telling friends and family. Everyone needs a support structure, and a major reason I wanted to take some time before leaving the country for 27 months was so I could spend quality time with the people I loved. I immediately told those closest to me that I started the application process, so everyone had time to get used to the idea of me going away.

Not long after everyone was in the loop I was interviewed by a recruiter, and I received my nomination to serve in Namibia in April of 2015. One thing to understand is that being nominated to serve was not the same as being invited. I was really just one step closer to an invitation. At that point I had a tough decision to make. I could either (1.) Act like nothing happened and wait until I was actually invited before saying anything, or (2.) Tell everyone I was nominated, assume that I was competitive enough to be invited, and start planning for my April departure- that wasn’t even technically set in stone yet.

Do either of these choices jump out as the logical one to make? Well if so, I hope you like the sound of option 2, because that is the route I took. I felt I had to do it this way because I knew that I wanted to take time off work before leaving, and I wanted to make sure my employer had ample time to prepare for my departure and back fill my position. I also needed my friends and family to be on board with my plan, as I was going to be planning visits and creating a network of people that could provide guidance and support during my transition.

Sounds a little risky, right? I agree. But I really believed that I was getting that invitation and I needed everyone else to believe it with me. I am so glad that I made the choice that I did. I have met so many people who have already served in the Peace Corps as a result of being open about my plans from the start. The support and even admiration I have received from everyone has been truly amazing. In fact, some of my biggest supporters are those I have worked with over the last couple of years.

After I left my job to begin my transition into serving in the Peace Corps, so much has happened. Here is the list so far: I saw Brandi Carlile perform her pin drop tour in Philadelphia, I ran in the Marshalton triathlon (taking first place in my age category), I cooked an awesome brunch for friends to celebrate my birthday, I visited friends in Boston, hiked and swam in the beautiful mountains in Vermont, made new friends at the Hostel Tevere, went surfing at the wall in New Hampshire, and, visited family in upstate NY, spent time with family over the holiday, and my most recent excursion was to Merrit Island, Florida.

It’s probably best to let the photos from those trips speak for themselves.

Good times in Vermont. Big shout out to Hostel Tevere. 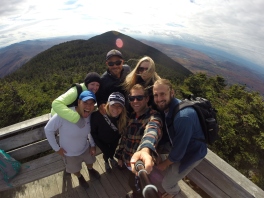 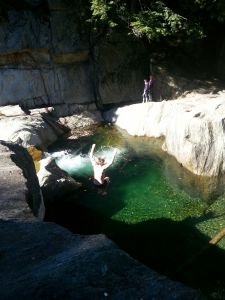 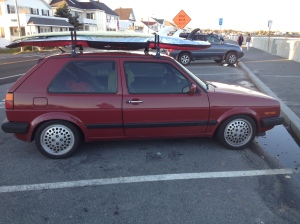 A little brunch action all cooked by yours truly. Homemade crepes anyone?

Holidays in the hometown. The family is doing well, the old neighborhood’s falling apart a little though. 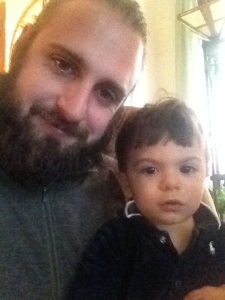 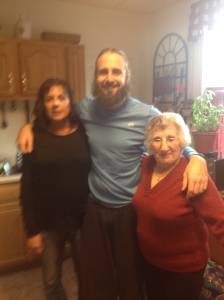 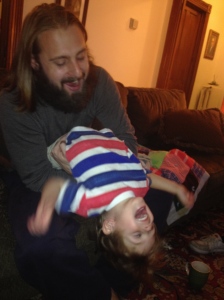 And a little time in Florida with best friends and alligators.

Lots of good stuff going on and I can’t wait for what Africa has to bring.