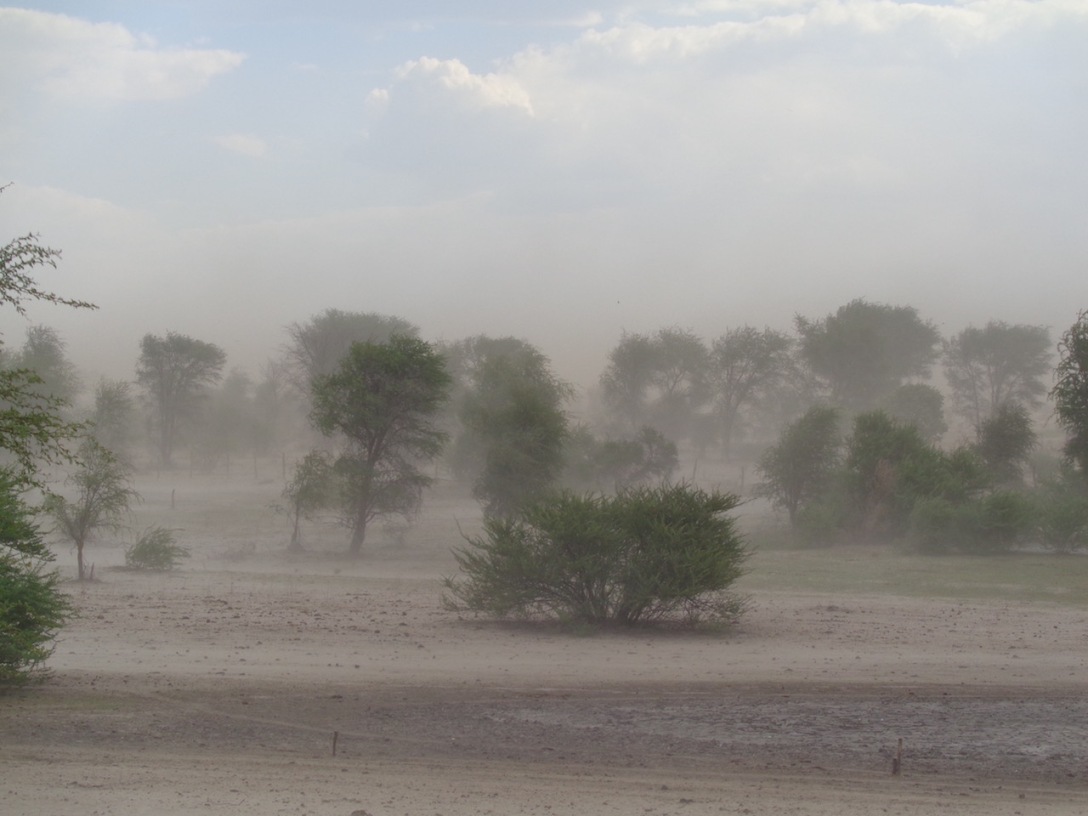 Mvhura tazi roko- probably one of my favorite sentences in Rukwangali. Directly translated it is kind of weird; it’s like saying the rain is raining, but direct translations aren’t always the best, so let’s just say it means that it’s raining. There is nothing particularly beautiful about the way it hits my ears or rolls off the tongue. It’s that coming from Pennsylvania, I love my seasons. The variations in clothing and food and feelings associated with each season is ingrained into my being. To be in a place where it is a tale of two seasons, wet and dry, has been a strange adjustment for me. Now that I have been here for a year, I am able to start to notice how I react to these seasons.

The dry season brings cooler weather, which I love! Being able to put on a hoodie, some slippers, wrap a scarf around my neck, and to sleep in because the mornings are cold and my sweat and extreme thirst don’t force me out of bed, doing things by candle light, and watching movies wrapped in a blanket, are all magical things to be able to do after about nine months of extreme heat. On the reverse side, the dry season brings harshness too. By the end of a dry season animals are nothing but skin and bones. They begin to die in large numbers from starvation, dehydration, or other diseases to which they become susceptible. Disputes between farmers arise as people start herding their animals to other people’s farms and illegally cross regional borders so their animals can eat. This deep cultural connection to livestock as a means for making a living and owning livestock as a sign of wealth is challenged during these long lasting, and seemingly lengthening, dry months. Over grazing is contributing to the desertification of northern Namibia, and poor conditions for animals are either causing diseases or making it harder for farmers to recover from outbreaks like foot and mouth disease, compounding the negative economic outcomes of such events. Seasonal rivers dry up, many which haven’t been seen in a few cycles of rainy seasons, creating high demand for improvements in Namibia’s capacity to pump and distribute its ground water, which I believe is actually pretty abundant, but don’t quote me on that. On the day to day front, water for bathing this time of year is COLD. And who really has time to boil pots of water before bathing? Not this guy. It’s either wash with cold water or have a stinky body. I won’t say which one usually wins out…

Below are some photos from the winter, or the dry season in Mpungu. 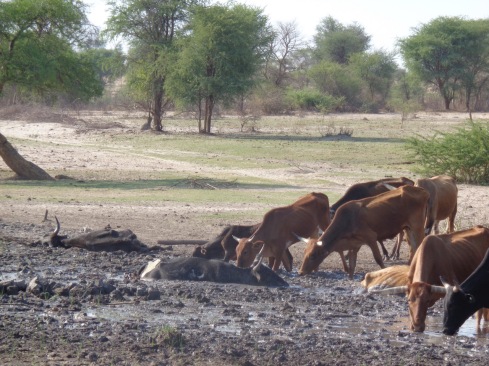 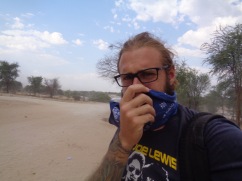 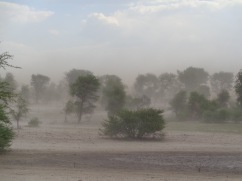 Interestingly, the words for “rain” and “year” in Rukwangali are the same, see the title of this post. Considering the impact the rain has on the lifestyle here, it does not surprise me that Vakwangali (the tribe of people who speak Rukwangali and mostly live in western Kavango) would count time by the number of rains that have passed. The rain here is preceded by about two months of intense heat, long days and short nights of relentless in your face you can’t shake it heat. My little cement box with a zinc roof becomes the oven I bake myself in each night. But a funny thing happens during those months where trees start turning green, and certain flowers start blooming before any rain has even fallen from the sky. I don’t know the exact explanation for why this happens. Are the trees using their deep roots to drink up ground water so that their leaves are ready catch the rain when it finally comes? Is it that the rains in Angola have started, feeding waters systems like the Okavango, bringing more water into northern Namibia, and everything just sort of dominos from there? I really don’t know, but it is a pretty cool thing to witness.

Then, sometime between mid October, if we’re lucky, and late November, the beautiful life giving rains come. Just one rain, and the next day is like an explosion of green. It’s as if, during those hot months before the rain, everything is just moving itself into place, waiting for the last piece of the puzzle to fall, in order for life to thrive. People prepare themselves, plow their fields, get their seeds ready to take advantage of every last rain they can, hoping for a strong harvest. The animals become healthy and strong, making it hard to believe they were so frail and hungry just a few short months earlier. The clouds provide reprieves from the hot summer sun, and the rain cools off those hot bricks and zinc roofs, making it easier to sleep at night. The water also compacts the usually deep sand, making it much easier to walk around, and even ride a bike. Rains are usually heavy and short in duration, but from time to time an all day rain can happen, reminding me of those rainy Pennsylvania days in spring or fall, that provide the perfect excuse for staying inside for some guilt free relaxation, which might include napping, drinking wine, and binge watching Modern Family.

The only downfall for me during the rainy season, is that power and network goes out a lot. Last season I experienced daily outages, and some that lasted two to three days at a time. Cooking gets a bit difficult during those times, and it can be a little scary not having anyway to call for help if, say, I happened to get bit by a snake or something. Those jerks are everywhere in my village. All in all, I love the rain- I always have. Below are some photos of life in Mpungu after the rains have come. 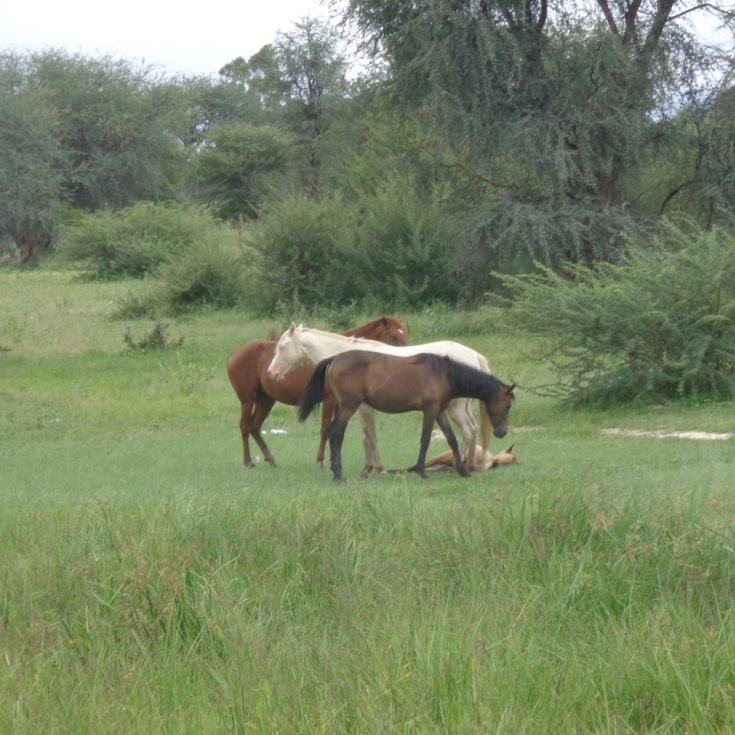 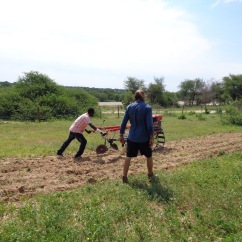 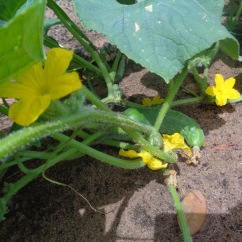 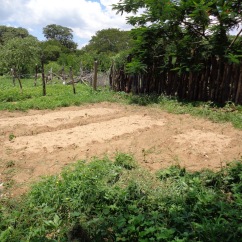 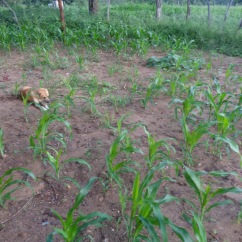 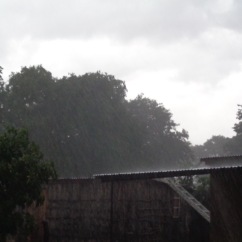 Being that I am someone who needs seasons in my life, I feel like I lucked out coming to a place in Namibia where there is a pretty legitimate wet season. Many other places are just dry and the seasons are defined by really hot, and not so hot, times of the year. Seasons to me somehow add another dimension to culture or another layer to life, new sets of challenges to overcome, and pleasures to be enjoyed. Although I miss my four seasons back in PA, right now, in the middle of my second winter in Mpungu, I am just missing the Kavango rains.

View all posts by Andy Moore